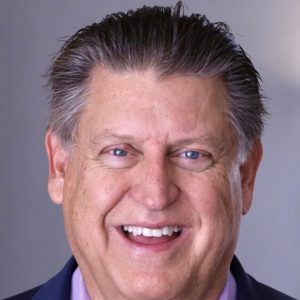 No matter what measurement you use, the statistical one provided by the federal Department of Housing and Urban Development or simply your own eyes as you walk the streets of major American cities, the issue of people who live on the streets with no permanent shelter is growing. Conservatives and liberals alike recognize the problem and yet we have not put together initiatives that can get at the root of the problem and provide people with dignity and hope for the future. America settled on a ‘housing first’ policy which in essence creates a large federal assistance program which is functionally equivalent to HUD Section 8 housing. However, mental health, drug addiction and the lack of affordable housing in some of the country’s largest cities combine to exacerbate the problems faced by individuals who have no stability in their lives. Dr. Robert Marbut a senior policy fellow at the Discovery Institute has worked on the issue of the homeless for decades as Chief of Staff for San Antonio Mayor Henry Cisneros and as a White House Fellow under George W. Bush. He was the Executive Director of the U.S. Inter agency Council on Homelessness from 2019 to 2021 under both the Trump and Biden Administrations. He joins us to discuss a concept being put forward in federal legislation to get at the broad suite of needs people on the streets generally exhibit and to attempt to find more long-term remedies. 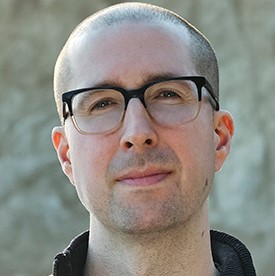 There is an insidious new pollutant that is harmful on its own and contributes to climate change. However, given industry pressure and economics its impacts will be very difficult to reverse.  It’s called microplastics.  And if you want to break down the problem in a more granular way, it’s called nannoplastics.  These are bits of synthetic materials that have infested the atmosphere and are falling out of the sky and accumulating on land, in rivers and lakes and the sea.  It’s so pervasive because plastics are used to package most of our consumer goods and can be found in everything from tires and clothing to couches and flooring.  Plastic creates mountains of polymers, almost none of which is recycled.  It is broken into an incalculable horde of synthetic specks, which are actually visible if you look carefully through a window.  We will leave it to Matt Simon, author of “A Poison Like No Other: How Microplastics Corrupted Our Planet and Our Bodies”, to lay out chapter and verse what is happening here and how much these plastics are affecting our environment–and what we must do to get a handle on this problem. 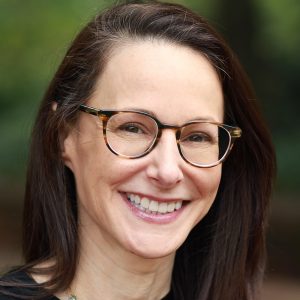 Every day, deep fake sex videos, leaked emails and stolen nude images are weaponized, causing lasting damage to people’s careers, relationships and self-expression.  Every day, companies track our health, location, dating, and browsing habits and share them with law enforcement.  And as the Supreme Court takes its own axe to privacy, incarceration for reproductive choices you make is a distinct possibility.  Whether it’s a spurned boyfriend or an online company whose business model is over collection of data about you, the internet may be dangerous to the careful way that you try to position yourself in the world, making it a place where you no longer feel it is safe from harmful invasions of your intimate privacy.  A leading expert in this field, University of Virginia Law Professor, Danielle Keats Citron, author of “The Fight for Privacy: Protecting Dignity, Identity, and Love in the Digital Age” is our guest today and she explains why it is so important for Americans to have a backstage where private moments remain just that.  As you will learn in this podcast, that opportunity is threatened by vindictive actors and laws which protect internet companies more than users. 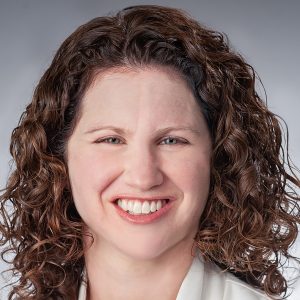 : COVID-19 killed more people than any war or public health crisis in American history. Given that we constantly tell ourselves that we have the best health care in the world, what explains the fact that over a million Americans and counting have lost their lives and many millions suffering with the effects of the virus? In a word-partisanship. This public health crisis took on a political caste early on that it could never quite shake and the effects were deadly. Research of how members of one political ‘tribe’ or another reacted to it are stark in revealing the impact. While this was not the only factor in our grim response, it along with the social and racial inequities in our health care system co-star in this American tragedy. We discuss ‘Pandemic Politics’, the subject and the book with co-author Shana Kushner Gadarian. She wrote the book along with Sara Wallace Goodman and Thomas Pepinsky. 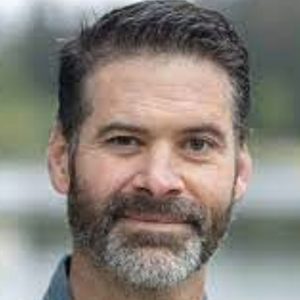 There is a science behind the inherent resilience of species who are adapting to changing conditions around the world. You may not get that picture from news accounts that tell us that an abundance of the natural world is disappearing in this period of the Anthropocene as man makes the planet less habitable for himself and others. Yes, there is extinction taking place, but it might be less dramatic and more normal than reports would indicate. Our guest, Michael Mehta Webster, in his book “: The Key to Saving Life on Earth” sounds a more optimistic note about how adaptation in the natural world takes place and tells remarkable stories of species who use a range of approaches to survive. Some move. Others evolve. And some welcome immigrants in to bring new genetic diversity to a small population. It’s eye- opening material we provide on this podcast. 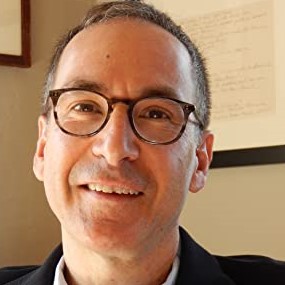 Walmart has spawned a range of controversies over its remarkable history from one small store in rural Arkansas as the brainchild of its legendary founder, Sam Walton, to the retailing behemoth it is today. Throughout that history one theme has been consistent—Walmart employees have never been treated as the valued associates they are said to be by management. They have fought for scraps off of a table of abundance. And while things have gotten better for employees, is the progress good enough? Rick Wartzman, author “Still Broke: Walmart’s Remarkable Transformation and the Limits of Socially Conscious Capitalism” explores the complex evolution of the company and where it’s practices stand today as it attempts to remake its image. 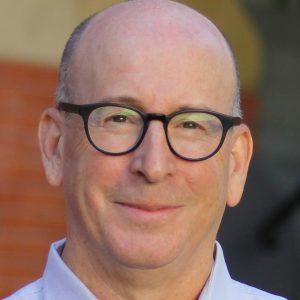 As Americans, the ethos of self- help permeates our lives in all kinds of ways, including our health. If we all thought we were in this together, that health is a team sport, we would not have passed one million persons dying from Covid-19 with barely a notice. And then having moved on, fixing nothing about our fractured public health system. In his book, “Me Vs. Us: A Health Divided”, Dr. Michael Stein, makes a compelling our argument that the disparities in health outcomes between Americans with means and those without must be addressed going forward or the many public health exigencies we face in the future will exacerbate problems that are worse here than in other advanced societies. Before you accept the trope that we have the best health care system in the world, consider the importance of, yet lack of attention to, the public health component as described on this podcast. 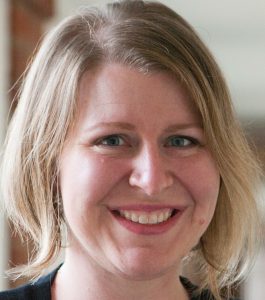 Ronald Reagan made pushing back on liberal dominance of the political agenda in the 20th century sound so optimistic and upbeat.  It was morning in America and his priorities like free trade and reforms in immigration policy later became something of an anathema to an emerging wing of the party that did not see things sunny side up.  With Rush Limbaugh and the nationalization of talk radio and the bombast of Pat Buchanan and Newt Gingrich, the Reagan era, the most successful conservative president in a generation, seems to have been swept away in a torrent of anger and vitriol.  By GOP standards today, he was too accommodating and desirous of pleasing a majority of Americans.  In her new book,, Nicole Hemmer, a political historian at Vanderbilt University, focuses her analytical skills on the forces at play in the 1990’s that led us to the boiling point many consider election year 2022 to be.  There had to be antecedents to the raft of election deniers and Christian nationalists who occupy a dominant wing of today’s GOP party.  She names names and explains the factors that led  the party away from the principles of Ronald Reagan and to the adoption of the policies and rough hewn personality of its present day leader, Donald Trump. 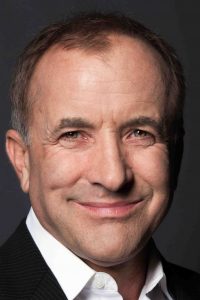 Conspiracy theories are now mainstream in American politics. The most recent was the rigging allegations surrounding the 2020 election when somehow a cabal of independent state actors, many of whom were Republicans, and computer hackers conspired to give Joe Biden a seven million vote plurality in the popular vote, even though he actually lost to Donald Trump.  At the same time, Republicans picked up seats in the House of Representatives and state races.  I guess the theory is that only the top line was tampered with.  Many candidates in 2022 ran on the dis proven election lie.  Historically enough conspiracies were real so paying some attention to the phenomenon made sense. Medical professionals have harmed people in their care (Tuskegee) and the government does lie to us, such as in the case of Watergate, Iran-Contra and Vietnam so it is good to be skeptical, but what is lacking today in many cases is the theory of the case.  QAnon, for example, is the conspiracy theory of everything (and thus nothing).  To break all this down for us is Michael Shermer, the publisher of Skeptic magazine, and the author of the new book, “Conspiracy”.  He describes all the factors involved in trying to make sense of a world that seems, at times,to have gone mad.  Clinging to conspiracy theories may say as much about us, our own anxieties and loss of control, then about the wild notions being thrown about. 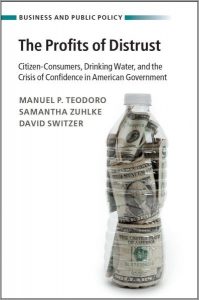 What can bottled water tell us about America? When you stop to think about it, an awful lot. The pervasiveness of bottled water and its dramatic sales increases is a clear sign that people have lost trust in basic services. The well- publicized cases of unsafe drinking water in Flint, Michigan and Jackson, Mississippi send a clear signal to many other communities around the country, particularly those with less affluent, minority communities that they cannot trust the government to provide this most basic of life sustaining services—the delivery of safe drinking water. Communities respond in kind by participating in government and elections less and buying more bottled water which often is more expensive and environmentally destructive. In “Profits of Distrust: Citizen-Consumers, Drinking Water and the Crisis of Confidence in American Government”, David Switzer, Samantha Zuhlke and our guest, Manuel Teodoro explore an issue that is about far more than the water that comes from our tap.