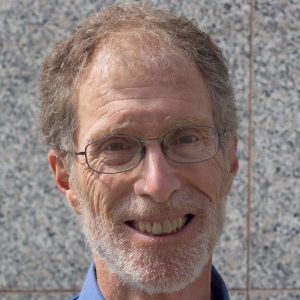 In America we play hail to the founder and the brilliant chief executive who started a company from scratch, though we realize that whether it’s Elon Musk or Jeff Zuckerberg, they have their feet of clay.  The spoils go to them and outside shareholders who invest in the company, which has led to a yawning wealth gap in America.  Wages, less and less, can cover the bills and social trust is eroding, There are ongoing debates about what to do, but one key solution is rarely discussed.  Why not spread business ownership around and let workers benefit from the capitalist dreams they have helped to create?  In the book, “Ownership: Reinventing Companies, Capitalism, and Who Owns What”, our guest, Corey Rosen, founder of the National Center for Employee Ownership and his co-author, John Case. explain why so many companies end up being owned by Wall Street shareholders or private equity firms–and why that kind of ownership encourages a focus on short-term profits rather than long-term sustainability.  The heart of the book takes us inside the concept of employee ownership as a concept and how to expand it in America.  Given the bipartisan support for the concept, it seems like an idea whose time has come. 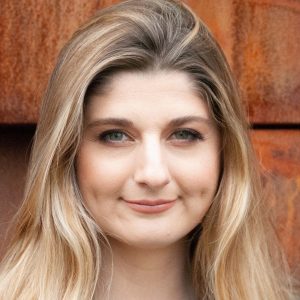 When the Covid-19 pandemic first hit the United States in 2020, it affected nearly every aspect of our daily lives, hitting even the biggest businesses and corporations. The meat industry was no exception. While the illness and new regulations for distancing and masked slashed the workforce and led to supply shortages, it also sharpened our focus on the awful conditions of slaughterhouses and meat packing factories. Add to this the fact that meat production is one of the greatest culprits in our battle to avoid the worst impacts of climate change and near monopolistic practices brought about by years of consolidation and you have an industry worth reporting seriously on and being concerned about. That’s exactly what Chloe Sorvino does in her expose titled “Raw Deal: Hidden Corruption, Corporate Greed, and the Fight for the Future of Meat”. She joins us to unpack the story. 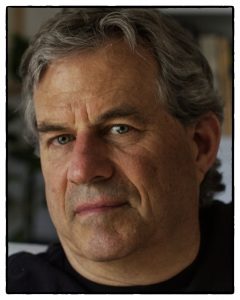 Just as a modicum of justice is being meted out to those who ripped a hole through middle America in the opioid epidemic, the same man who awakened the nation to that crisis reveals in his new book that the epidemic is far from over; in fact, it is entering a dangerous new phase: synthetic drugs and a new generation of kingpins whose product is made in Magic Bullet blenders. Sam Quinones, author of the much heralded book ‘Dreamland’ continues his chronicling of pain in America in his follow on book called “The Least of Us: True Tales of America in the Time of Fentanyl and Meth”. He tells us that in fentanyl traffickers found a painkiller a hundred times more powerful than morphine. It is now laced in cocaine, meth, and counterfeit pills to cause tens of thousands of death. His searing accounts of the impact on real lives is remarkable. He joins us today to share his vast knowledge of this most disturbing topic. 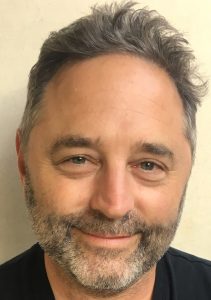 While the Israeli-Palestinian conflict has been simmering, and at times boiling over, for the last 70 years, our understanding of the issues at stake are spotty.  It’s complicated and you must go back to Biblical times to really understand it.  Our guest echoes the sentiment that both sides are ‘righteous victims’.  In this podcast, we touch on the history and then break down the current situation between the parties.  While we attempt to touch on the high points, there is no substitute for reading Daniel Sokatch’s accessible, but indispensable, guide to the subject called “Can We Talk About Israel: A Guide for the Curious, Confused and Conflicted.” He walks us through some of the moments of possibility, such as the mid to late 1990’s, when President Bill Clinton and the parties were so close to the elusive two-state solution.  Yet, it fell apart and there has not been a serious attempt to reconcile long held contentious positions since.  Stay with this one throughout because at the end of the podcast the CEO of the New Israel Fund and author explains the seeming devotion of Evangelical Christians in America and the State of Israel.  It’s eye opening.

Hubris seems to have gotten the best of Vladimir Putin. After the near disintegration of the once vaunted Red Army, Putin was determined to rebuild his military into a feared fighting machine. He made a number of much overdue reforms in his fighting force and got engaged in conflicts in Chechnya, Georgia, Crimea and Syria. He understood that national pride had as its cornerstone the ability to project force as a global power. Then came his invasion of Ukraine on February 24, 2022 which may prove to be his Waterloo. Dr. Mark Galeotti is one of the foremost Russian-watchers today. He is author of the new book ” Putin’s Wars: From Chechnya to Ukraine” and he shares his keen observations of the unfolding, perhaps unraveling, story of the Putin era. 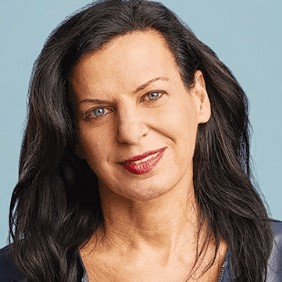 Whether it’s the climate crisis arriving, a terrorist attacking or a mass shooter on a rampage, it seems that disasters are becoming more frequent. In her new book, “The Devil Never Sleeps”, Juliette Kayyem, an international leader in crisis management, disaster response and homeland security, explains why we all must become disaster responders on the first line of defense in these times. She offers a new framework to anticipate the many forms the “devil’s” appearance may take and our role in blunting the impact. When we are’ left ‘of the boom we must prepare so that when we are’ right’ of the boom we minimize the consequences of a storm, madman or organized threat. We discuss a range of disasters including responses that are so vivid in regards to the COVID 19 pandemic. 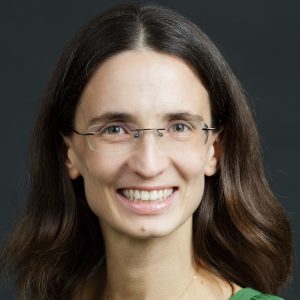 The frequency of and intensity of natural disasters–such as wildfires, hurricanes, floods, and storms–are on the rise, threatening the lives, homes and possessions of so many.  While lives are torn apart in the wake of these sudden and unpredictable events, there are things that people can do to better prepare for what daily seems more inevitable in many places, not just America’s coastlines. So how do you insure yourself against at least the property loss? In ‘Understanding Disaster Insurance”, disaster risk expert Carolyn Kousky walks us through the complex process of transferring risk given that many people do not read the fine print of their homeowner’s insurance and may think, in error, that they are covered for things like floods.  There are many products you can buy and new ones being developed.  With that said, these protections will continue to get costlier and less available when companies see risk where you live moving from possible to certain, as is the case in parts of Florida, California, Louisiana and elsewhere.  Governments have been stepping in to provide insurance as a last resort, but their participation may continue to grow as the climate crisis and other factors persist. 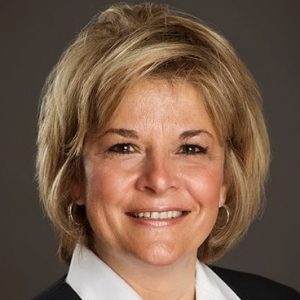 Historically, money management was thought of as man’s work, As 41 percent of MBA students are now women, this notion, like so many things that we previously accepted as reality, is being disassembled. And it’s about time. Women continue to control more wealth in our society and whether for reasons of greater knowledge, inheritance, or divorce, as examples, they want and deserve to control the purse strings. What is required is greater financial literacy and emphasis which to this point has been lacking. Cindy Couyoumjian, financial planner and author of “The Rise of Women and Wealth” sees a sea change coming in the relationship between women and money as a new wave of feminism sweeps over the land. Using historical reference points, inspiring prose and some practical tips, she provides a framework for a new paradigm that is emerging. 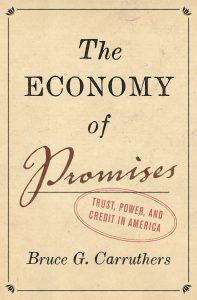 The idea that someone who has the capacity to loan money to someone else to start a business or buy a house is really what fuels the consumer-based economy in America is indisputable. How that came about, the creative products developed, like a thirty year mortgage, and the safeguards that keep those commitments from running aground are fascinating when you stop and consider them. Often times there is no collateral to back them up and yet we enter into these arrangements, in effect, every time we swipe our credit card. Bruce Carruthers, a Professor Of Sociology at Northwestern University describes the complex arrangements that underpin and lubricate the economy in his book, “The Economy of Promises: Trust, Power and Credit in America”. As we consider what went wrong with the system in the financial meltdown of housing loans in 2009, we must marvel at how well the system generally works for many, though not all, in a society that prides itself on the concept of risk. 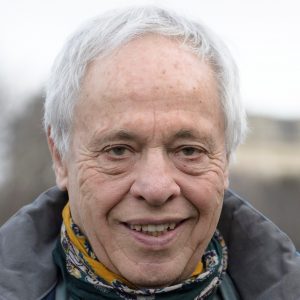 To many, America’s ‘public’ space program has seemed stalled in recent years.  With many pressing problems on planet Earth, have we given up imagining the possibilities of space as the new frontier and left those dreams to to private entrepreneurs and George Lucas and other Hollywood types?  The answer is a resounding ‘no’ as NASA gets set to embark on a different race back to the moon in order to use it as the platform for exploration of the deeper reaches in space.  Astrophysicist, Joseph Silk, who teaches at Johns Hopkins University details the complex and vital scientific objects of going “Back to the Moon’ is his new book with that title.  It’s fascinating to read about a lunar space station on the far side of the moon which offers a great picture into our world’s creation as well as whether, and what type of life, might exist elsewhere.  It’s a race America does not want to lose, yet the competition, primarily from China, is fierce because the prize, including rare earth materials to be mined, is great.