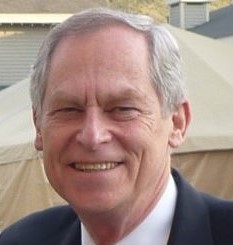 As the war in Ukraine rages, it is hard not to see the ravages of the conflict on the civilian, as well as military, population in that country.  When aggressors like Russia, and in the many civil war conflicts less well reported today around the globe, care little about the impacts of indirect involvement, including communicable diseases, maternal and neonatal nutritional diseases, effects of contamination of land and sea, as well as indiscriminate attacks on civilians, it presents health problems that haunt a society for generations. If we complicate matters further, we can talk about how slowed wheat production in Ukraine can affect societies in Africa.  As our guest, Dr. Barry S. Levy, reminds us in his book “From Horror to Hope”, war is a public health catastrophe.  Estimates are that it will take $750 bliion to re-build the infrastructure in Ukraine in the wake of this war.  Included in that number will be hospitals and other care facilities destroyed in many parts of the country.  As war has moved from pitched battles between warring combatants in fields to the streets of major cities, the effects of innocent civilians has continued to grow.  It’s a timely subject with growing relevance in this new age of conflict.