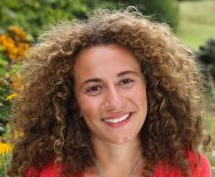 When our guest knocked on one door of a voter in her rural Maine district, his first question was are you a Republican or a demon? Hmm…nice opener. The FDR coalition, a mainstay of American politics throughout much of the 20th century, has fallen apart.  Less educated, rural voters have abandoned the Democratic Party.  However, suburban, white women and growing minority groups have replaced those voters in a new Democratic coalition. Chloe Maxmin, a current State Senator(D)from a rural district in Maine, and a self-described progressive, thinks the party is making a big mistake not trying to attract these voters, as she has.  With her campaign manager, Canyon Woodward, hey describe how to earn back the rural vote in their book “Dirt Road Revival”.  We have a spirited conversation about whether  what she’s done in Maine is applicable to other states and whether it is really worth the focus when there are other voters, moderates and independents, turning away from the Republican Party.