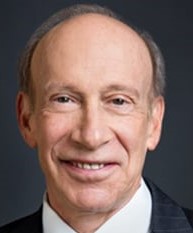 There is no denying that Senate Republican Leader, Mitch McConnell, is a skilled legislator and, perhaps, the most powerful force in the modern history of the Senate, given his years in leadership, but to what end has he used his influence?  To move policy forward?  To forge meaningful compromises?  To enhance the institutional moorings of the Senate?  Hardly.  He hovers over the august body like some kind of dystopian figure insuring that I’m against whatever the other party is for.  And while you would have imagined that given their differences in style and temperament, he would have been a bulwark against Donald Trump’s presidency by insuring the independence of the Senate, he allowed the Imperial Presidency to run amok, in the two impeachment trials and in the aftermath of the January 6 insurrection.  According to Ira Shapiro, author of ‘The Betrayal: How Mitch McConnell and the Senate Republicans Abandoned Amerca’, his fixation has been on stocking the federal judiciary, and particularly the US Supreme Court, with conservative jurists.  If that means denying Merrick Garland his Senate hearings or reversing the logic he used in the Garland case to hasten Amy Coney Barrett’s ascension to the Court, so be it.  How has McConnell’s ‘success’ tracked with our country’s fortunes and the public’s confidence in the body he holds so much sway over?  Find out on this podcast.