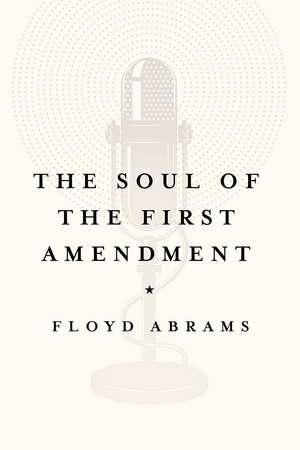 In just 45 words, the American people were afforded the opportunity to tell its government what speech was protected from the overreach and restrictions inherent in all forms of government at the time.  And still, to this day, we have one of the only written and durable protections of this type in the world, including other democracies.  No one understands the words written in the First Amendment, like attorney Floyd Abrams, its most passionate protector.  We talked to him about the many issues swirling around the First Amendment including cases he argued before the U.S. Supreme Court, including the Pentagon Papers and Citizens United. His clear explanations should be mandatory in civics classrooms across the country. And his new book, ‘The Soul of the First Amendment’, required reading.