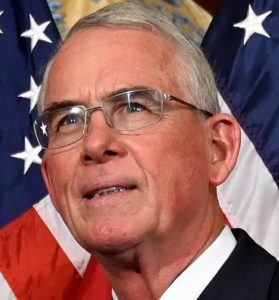 The aftermath of the war in Ukraine is uncertain because so much depends on the outcome, but speculation is that relations between the United States and its European partners will take a long time to mend with Russia.  Trust has been shattered in the wake of this horrific attack by Russia on a neighboring state.  The question becomes what will the world look like and how will America approach this former bitter rival?  There are diplomatic, economic and military considerations that will all come into play.  And while the NATO alliance has been re-assembled by President Biden, will that diverse group of nations, with differing interests, particularly as it relates to energy needs, hold firm if the United States seeks to maintain sanctions and follow the course of containment as in the days of the Cold War.  Now, of course, there are other considerations including the growing influence and power of China, with the ability to upend any strategies that they find counter to their interests.  It’s a complicated picture.  Here to help us sort it out is the former U.S. Ambassador to the Holy See, Francis Rooney.