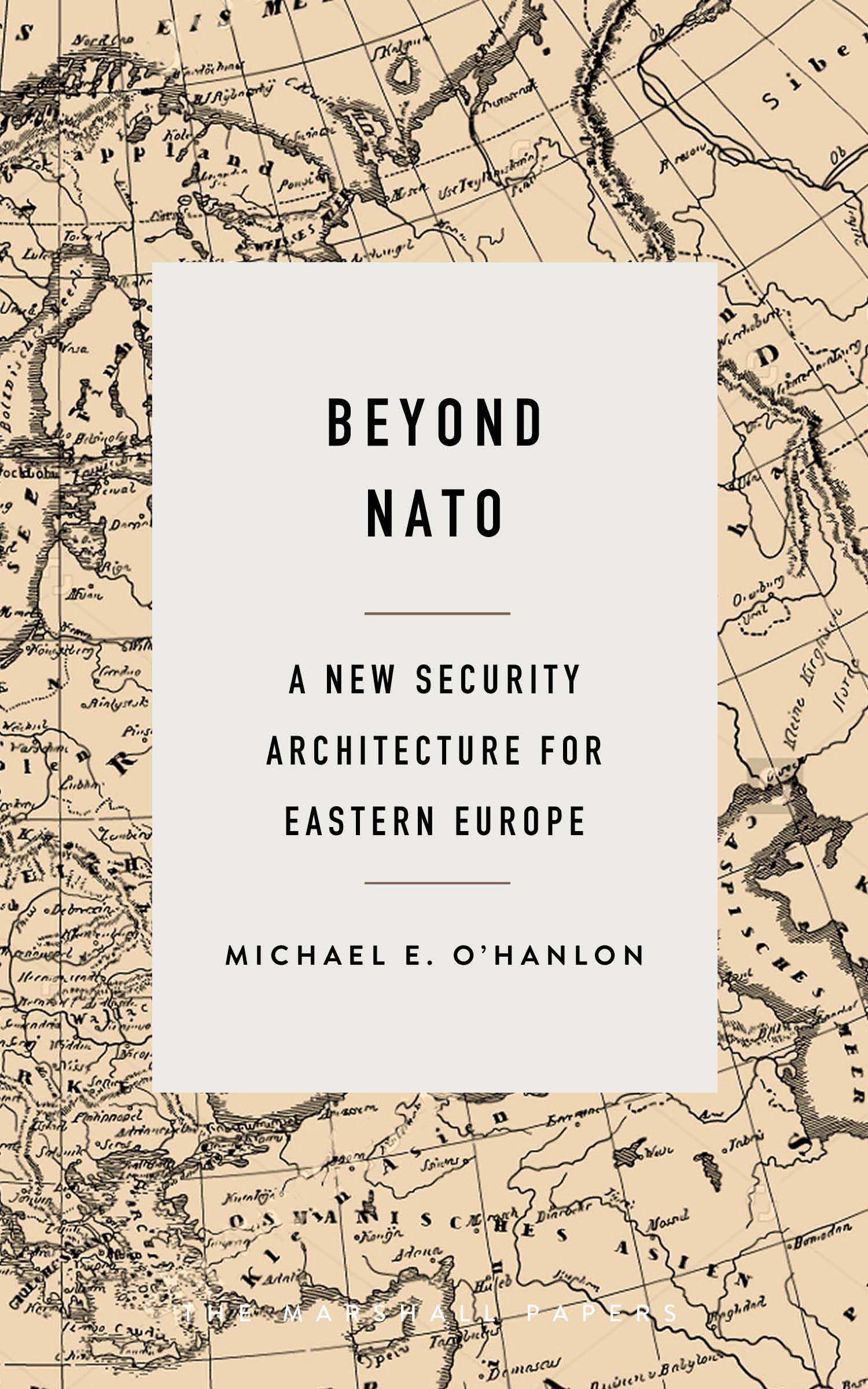 When President Trump bristles at losing American troops in Montenegro, because of a defense pact, does he have a point?  Aside from the fact that America must honor such commitments, it does raise the legitimate question as to whether the eastward expansion of NATO since the end of the Cold War is really in our best interest. Michael O’Hanlon is a foreign policy expert at the Brookings Institution whose body of work is quite substantial and compelling in the field of U.S. defense policy.  So when he writes a concise tome suggesting that we might want to consider a different construct to defend the sovereignty of eastern European countries, you should read it and listen to him and this podcast. The book, ‘Beyond NATO’, offers a new security architecture for the region, which might make for less tension between the West and Russia and provide for more lasting peace than exists today in region.

MUST HAVE INFORMATION HERE

If America creates most of the innovative drug therapies in the world, why can’t America consumers catch a break when it comes to the pricing of these drugs?  It’s a questions that has alluded policymakers in this country for years. And to blame it on any one thing–advertising, cost of research or the insurance companies poking in for a piece of the pie–is too simplistic.  So we walk you through the process of a drug coming to market, patent protections and the like, all the way through to marketing and distribution, to help unpack the mystery of high drug prices and what we can do about it.  Our guest is James Capretta, a co-author of the American Enterprise Institute’s fine report on the issue.

CHECK OUT THE REPORT HERE 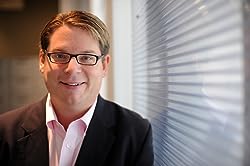 While that is not a headline you often read, the fact of the matter is there is good news to report.  The authors of a new report from the American Enterprise Institute tell us that there are several signs of improving conditions, including a decline in self-reported racial prejudice, economic gains which find black men entering the middle class in greater numbers and a decrease in the number of African-American men in prison.  Let’s find out what’s changing and why in this episode, featuring one of the authors of this study, W. Bradford Wilcox.

If you’ve seen the ‘Terminator’ movies, you have an idea of what may be in store for wars of the future.  And it’s clear that a growing part of America’s arsenal of war involves technologies that would be considered autonomous.  The essential question is after you’ve programmed these autonomous killers, where does human interaction come in to play? This remote control warfare creates a host of philosophical and ethical questions that we explore in this episode with Paul Scharre, author of ‘Army of None’.  His own battlefield experience as a former Army Ranger informs much of his thinking. From the first question about a man he didn’t kill in war to the last will humanize the debate just as we automate warfare at a breakneck pace. 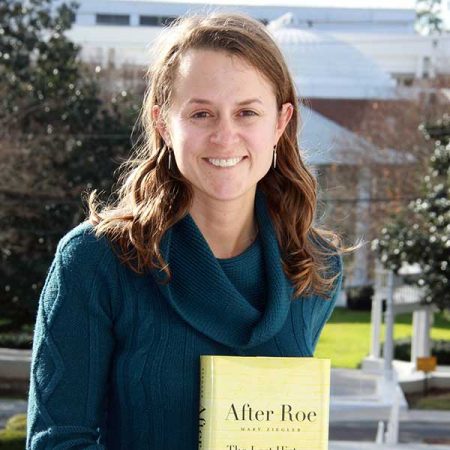 In this podcast, we call upon one of the nation’s leading scholars and authors(‘After Roe’ and ‘Beyond Abortion’) of human reproduction and public policy, Professor Mary Ziegler, to provide perspective on the issue as it once again takes center stage in America.  You will be surprised to go back to 1973 and the Roe v. Wade decision to find that the divides were different then and, perhaps, less pronounced than they are today. You will find in the politics of the issue that at times it’s been fought over women’s health and, at other times, more focused on the rights of the unborn.  Never settled and always unsettling, we approach this issue once again as the U.S. Supreme Court turns more conservative. Will they ever tackle the question of ‘when life begins’ and would they ever relegate abortions to back alleys in America. We pose the question as to whether contraceptive technology might end this issue once and for all.  Stay tuned for the answer.

CHECK OUT HER BOOKS

In states friendly to public sector unions, the members have had benefits few others in our society, unionized or not, have retained.  These include good wages, great health benefits and pensions. The United States Supreme Court recently ruled in the Janus v. AFSCME case that agency fees are unconstitutional on First Amendment grounds.  Twenty-two states had compelled all government workers to pay agency fees, or partial dues, to the union that represented them in contract negotiations. These fees kept union membership, and dollars, flowing. But, did they force someone to pay for a form of speech they opposed?  By a 5-4 vote, the Court said ‘yes’. Now, this isn’t the end of collective bargaining for government employees, but how might it change the landscape of union organizing and politics in America? After all, these union, particularly teachers, have been a force at all levels of government.  Nat Malkus, of the American Enterprise Institute, joins us to play out various scenarios going forward.

We like to think of ourselves as the hardest working people on the planet and, yet, that image is changing, according to the latest data from the U.S. Labor Department’s annual American Time Use Survey.  Much of this trend reflects baby boomers retiring and still working, but fewer hours. There are other factors at play, as well, so we turn to Dr. Geoffrey Godbey who has been studying this issue for decades now.  He, and John Robinson, wrote to seminal book on the topic, years back entitled ‘Time for Life: The Surprising Ways Americans Use Their Time’. The next half hour podcast will be worth your time.

Dr. Angela Duckworth has become a legend in the field of psychology with her research and book on the impact that grit has in predicting someone’s academic and career success.  Grit being perseverance and passion–and it is measurable.  In fact, she’s built the scale.  So if you’ve ever had a chip on your shoulder because someone told you that you didn’t have the ability to do something, often measured by native intelligence, the satisfaction you had in proving them wrong is probably a factor of your grittiness.  Do you have the will to succeed?  Ready to go the distance to attain a goal in the fashion of a marathon and not a sprint? Then, you’ll want to understand more about grit in the make-up of your character. And given the volatility in today’s work environment, you’ll need even more of it to succeed.   We talked to her several years ago and posted a vintage radio interview as episode #01.  Our latest interview with her is this episode of the podcast.

GREAT INFORMATION CHECK IT OUT

It’s not likely you would approach someone with that greeting.  Yet, if a doctor doesn’t get an answer to that question for women being screened for breast cancer, then the diagnosis could well be incomplete or plain wrong.  Dense breast tissue is something that 40 percent of the women in America have. And it is a risk factor for breast cancer. Until Dr. Nancy Cappello, herself not a medical doctor, realized that her annual mammograms did not pick up her cancer at an advanced stage, because of this dense tissue, women in this country barely knew of the term.  Or the risk. She has had a national impact, out of her bedroom in Woodbury, Connecticut, where she formed ‘Are You Dense?’, a non-profit organization, in making this a national issue and changing laws in a majority of states. It’s truly a remarkable story of one woman’s quest to take her own personal tragedy and turn it to the benefit of millions of women across America.

INFORMATION EVERY WOMAN SHOULD KNOW THAT COULD SAVE YOUR LIFE

Whether it’s a 9-11 calamity or a financial meltdown or product recall, companies must be prepared to respond in real time to emerging threats to their business.  With the speed at which information travels, getting behind a crisis means sustaining losses from which you may never recover. In their book, ‘Mastering Catastrophic Risk’, Professors Michael Useem and Howard Kunreuther, of the Wharton School of Business at the University of Pennsylvania, discuss the issue with 100 business leaders.  Professor Kunreuther joins us to distill their research on the topic and offers approaches to managing the many threats businesses face in these uncertain times.

CHECK OUT THE BOOK