For generations the mainland U.S. has heaped insults and injury upon the people of Puerto Rico.  It’s a history that few understand but has stripped the island of its resources and economic prosperity, while leaving its political status in question.  Jen Briney, creator of the ‘Congressional Dish’ podcast, took at trip there recently to better understand the issues as Congress considers various pieces of legislation regarding the island and its relationship to our nation.  We will also gain her insights on how Congress is now dealing with this issue and the many legislative responsibilities awaiting a slow to respond House and Senate. 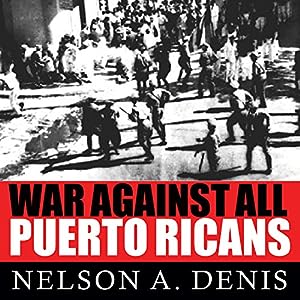 As a bonus, we have included an interview with Nelson Denis, author of ‘The War Against All Puerto Ricans’ which has provided an eye-opening account on the many abuses heaped upon the island by mainland U.S.  His writings are some of the most controversial you will find about a history little known by Americans on and off the island.  It’s a vital backdrop to understanding the economic plight of the island today.